We are all aware that skin cancer is the most common form of cancer here in the UK. However, it is also true that it is one of the most preventable forms of cancer as well. Exposing your body to UV rays from the sun or even from indoor tanning machines found in tanning salons, is the number one factor that contributes to the development of skin cancer. Regardless of all the evidence that has been proven and presented linking the sun’s UV rays to skin cancer, people still go overboard tanning in the direct sunlight or in salon tanning booths. Despite all of the research that has been performed and all the evidence that has been presented, many people, especially adolescents and young adults, still tan both indoors and outdoors and use little to no skin protection when doing so resulting in what is commonly referred to as a tanning addiction. 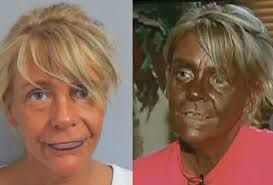 The many studies performed with regard to sun tanning habits, have revealed that an addiction to having a bronzed, beautiful sun tan is the primary motivation behind the “reckless” techniques used to acquire such a tan. Many people have also indicated that their desire to enhance their moods, their levels of relaxation and even to increase their socialization avenues are other motivational factors that lead to their addiction to tanning. These very studies have also revealed that UV light in itself is addictive, which contributes to the increased amount of sun tanning addictions that are present today. Purposeful exposure to what is known to be a cancer-causing agent is truly indicative of a real addiction problem.

Studies have also revealed that those who frequently tan exhibit sure signs of physical and psychological dependency. It is true that when something causes a physical dependency, the continued use of the substance or product itself presents with an increased tolerance of the substance and even increased craving to engage in its use. The UV rays of the sun actually generate a form of endorphins that create feelings of extreme well-being in people, which more often than not will lead to a level of dependency on those UV rays and specifically on sun tanning and sun exposure.

With an overwhelming concern for the number of individuals addicted to tanning, studies have been performed to determine possible treatment for these addictions. Studies using naltrexone, a drug that actually blocks the endorphins generated while sun tanning, have found that it actually induces symptoms of withdrawal in the obsessed tanner. As for the psychological dependency of sun tanning, when individuals suggest that sun tanning extends them higher levels of relaxation and has noticeable mood- enhancing effects on them, which in turn motivates them to want to tan more, this production of supposed sensations of happiness are true indicators of psychological dependency.

As is the case with physical dependency, the psychological dependency is every bit as hard to break, especially in those who tan frequently whether indoors or outdoors. Quitting a tanning addiction is far more difficult for those individuals who started tanning at younger ages and tanned frequently.

Overall, tanning addiction is truly becoming a matter of concern and the results of excessive tanning, regardless of the reasons, is far more harmful to the human body than it is beneficial. Attention must be given to the harmful effects of tanning and people need to recognize and appreciate the harm they are doing to their bodies by way of their vain, and excessive addiction to sun tanning.