Spa Tanning Tablets Work & Have outstanding before and after results. these pills are the real deal!

Do you feel more confident with a golden glow? More radiant, attractive and healthy? Most people feel much happier with tanned skin but that sun-kissed look can come at a price. Whether you use sunbeds or sunbathe outdoors, exposure to UV (ultraviolet) rays can be extremely hazardous. This is where tanning tablets can help!

The incidence of skin cancer in the UK is rapidly rising including the deadliest form, malignant melanoma. Exposure to UV rays is one of the leading causes of skin cancer, particularly malignant melanoma, but because the damage remains invisible until it’s too late, it’s almost impossible to get a tan without risking your health.

Individuals who are fair skinned, or who have lots of freckles and moles are statistically more likely to be at risk, but skin cancer can strike anyone, anywhere. UV rays steadily destroy the DNA within the skin, allowing malignant cells to grow and spread.

This hidden disease can spread slowly within your skin cells, sometimes taking more than two decades to develop. But once skin cancer has taken hold and reached an advanced stage, less than 20% of people live for five years or more. Scary stuff…

For a long time, sunbeds were considered to be a healthier alternative, but research has shown that there’s an even greater risk attached to the use of sunbeds. Although exposure to UV rays is for a much shorter period, the intensity is much higher: the strength of UV light from a sunbed is greater than the tropical sun at midday!

The dangers of sunbed use are now recognized to be such an issue that it’s become illegal for anyone aged under 18 years old to not only use a sunbed but even to be in the same room as one in operation.

The NHS and British Association of Dermatologists have both warned against the use of sunbeds, and have led campaigns to make the public more aware about the risk of developing skin cancer as a result of excessive use.

Research has shown that individuals who use sunbeds prior to the age of 35 increase their risk of developing skin cancer by as much as 75%. But even setting aside the potentially lethal risk of skin cancer, UV rays damage the skin in other ways too. When we think of tanned skin, we imagine soft, silky smooth skin which is sultry, sexy and seductive.

Unfortunately, the very fact that your skin is tanning means that it’s sustaining damage, and this will ultimately lead to premature ageing making your skin look wrinkly, leathery and crepe-like. Far from the gentle, golden glow, you were probably dreaming of…

The issues with a self-tanner

Self-tanning lotions are an alternative to exposure to UV rays but there’s no guarantee you’ll end up with the even brown skin you were probably hoping for.

Applying self-tanning lotion yourself rarely goes well, and even the most accomplished self-tanners end up with uneven patches (elbows, knees and feet are the usual tell-tale areas) or bits which they’ve missed.

Then to get that all-over tan, you’ll have to enlist help from a friend because how else do you apply self-tanning lotion to your own back? 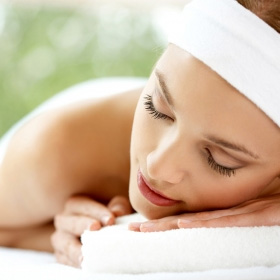 Professional applications usually provide a much better result but you’ll need to set aside time to regularly keep topped up, not to mention the indignity of standing naked while you’re sprayed from top to toe!

And of course, no matter who applies the self-tanning lotion, if your skin is sweaty or not scrupulously clean, you’ll end up with white patches and wrinkles. Self-tanning lotions have come a long way since they first hit the market but many still have that giveaway smell and until you try it, you don’t know if you’ll end up with a nice tan or a cringe-worthy orange glow!

Instant tans can be a solution if you just want a temporary colour for an evening, but make sure you avoid the rain and don’t get sweaty or else you’ll end up with streaks running down your legs…

A safe alternative which guarantees an all-over glow

If exposure to UV rays is potentially lethal and results from self-tanning creams and sprays aren’t perfect, what is the alternative? Give up and resign yourself to an almost blinding glare from your pasty white legs?

There is another way which guarantees you a beautiful golden glow with no white patches, no messy application and no risk to your health: Spa Tanning Supplements.

With just 1-2 oral pills per day, you can enjoy a natural-looking glow without any of the risks. All of the ingredients and vitamins in this supplement are approved by the FDA as being completely safe and some even provide additional health benefits too.

No harsh or dangerous drugs can be found in our supplement.

Self tan tablets are the modern way to enjoy an authentic golden glow without the risk of skin damage and without turning your bedsheets orange. This amazing product has countless positive reviews. The before and after review photos speak for themselves… 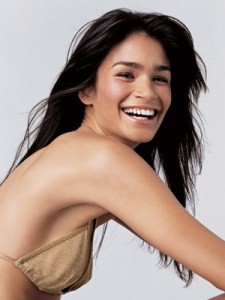 They work with people with fair skin

One of the most exclusive and new tanning products on the market, they work with your body to create a natural-looking glow. Take 1-2 tanning tablets per day and within 10-14 days you’ll start to see the results.

Your skin will be a light golden brown, just as if you had been sunbathing. The real benefit is that they work with every skin type. So if you are fair-skinned and normally burn in the sun, with this supplement you could darken your skin and enjoy a healthy tanned appearance for the very first time!

The natural ingredients gently stimulate the production of melanin, which in turn produces the all-important pigmentation creating a tanned appearance. No harmful exposure to UV rays and no artificial ingredients – just a pill that works, with organic ingredients acting in tandem with your own body.

All of the ingredients in Spa Tanning Tablets have been approved by the FDA as being completely safe for use.
You won’t find any nasty chemicals hiding away but you will find the following goodies:

Unlike other brands, what you won’t find beta-carotene or canthaxanthin in Spa Tanning Tablets, just natural and safe ingredients which will produce an authentic golden glow.

More than just a tan

Although Spa tan enhancer tabs will provide a no-fuss way to look great, they offer more than just a golden glow. 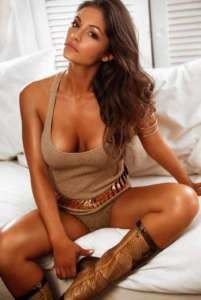 It’s no accident that those who take the tan pills also tend to feel fuller; this is due to the inclusion of microcrystalline cellulose which is a bulking agent.

Once taken, it begins to swell and expand inside the digestive system which provides the sensation of having eaten a big meal. This decreases the appetite which helps to promote a healthy weight loss leaving you slim, tanned and looking your best!

But the benefits of these tanning supplements aren’t just cosmetic, there are some very real health gains too. They eliminate the need to soak up dangerous UV rays to get a sexy tan. So if you needed any more reason to treat yourself to an all-over tan you need look no further…Spa really is the best sunless tanning pills on the market in 2018.

Tanning Tablets are Natural and Safe

All of the ingredients in a Spa tan capsule are FDA approved which means you can be sure that there’s nothing nasty or dangerous hidden away in this product.

And because these capsules are so natural, no prescription is needed, there are absolutely no side effects at all; they can be taken by almost anyone. However, like all supplements, if you’re taking any medication already, it’s a good idea to check with your doctor first.

These shouldn’t be taken by pregnant or breastfeeding women, immediately after birth or by those aged under 18 years old. 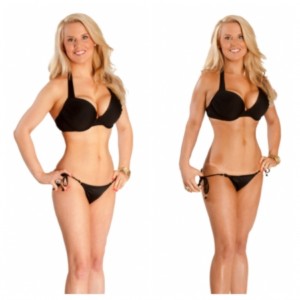 Get in touch today to order the sunless supplement that works.

These provide an all-over golden glow, allowing you to tan naturally without exposure to damaging sunlight. The best sunless tanning supplement on the market, Spa are completely safe and with ingredients approved by the FDA, you can protect your skin from the risk of premature wrinkles or skin cancer.

Whether you want a year-round tan, or you’re aiming to get a glow before a holiday, this means you can wave goodbye to streaky orange tans for good. If you’re looking for tanning tablets that make you tan, get in touch today to order your supply and discover the easy way to a natural colour that you’re guaranteed to love. Within a week or two you will won’t believe your eyes as you start to notice your skin darkening.